This is the memoirs of Dave’s dad, Charles O. Perry. 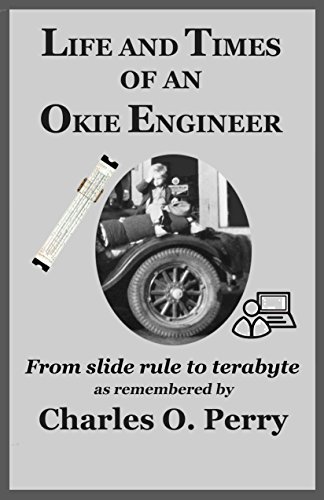 Where would you end up if your life exceeded eight decades? Imagine that you began in a tarpaper shack in the depression dustbowl and spent your life traveling the world, building megaprojects on two continents. Follow the life of this homeless okie, traveling with his parents in the 1930s to a new, golden life in California, the promised land. Follow his adventure through the Navy. Then watch him be the first in his family to graduate university. Pick up this saga and you won’t put it down until the last page.

This was a lot of fun for my wife and me to read because we have known Charles and June Perry since I was his pastor in Libby, Montana. I was surprised to see a copy of a letter I had written verifying to the Saudi government that he is a Christian. Charles had an interesting life, full of adventure and humor.